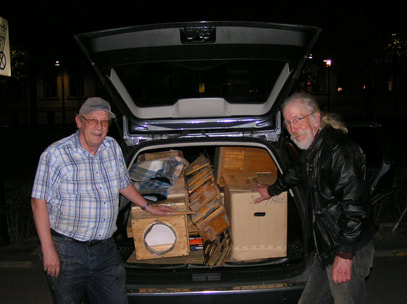 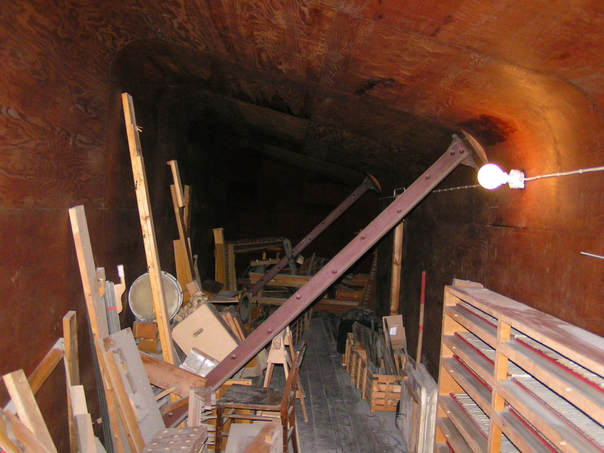 Here are some of the Wurlitzer parts. They were actually stored in the acoustic tunnel from the City Hall echo organ.
The echo organ hadn't been used for several years but it was decided to restore it. All the junk seen in the picture needed to go. 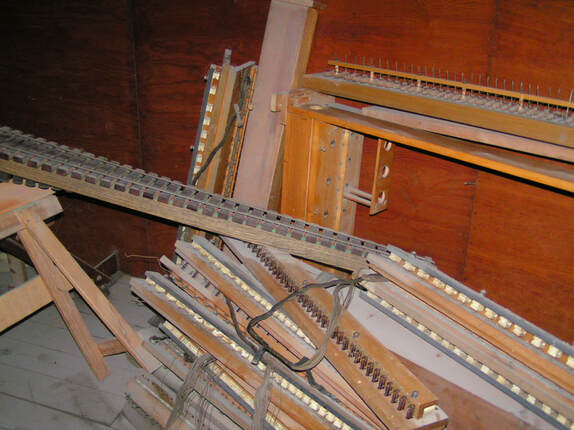